Ravencraft’s Vault of Horror is a monthly celebration of pre-2K horror. From the earliest days to the glorious rubber-filled 80s and beyond, we enjoy popular classics and some hidden gems. Saul Ravencraft is your host, aided by the mysterious Perciful Perkins. In between reels you never know what will happen. Interactive explorations. Strange happenings.

Keep up with our events.
Join the conversation.

Orphan Party at Ravencraft’s Vault of Horror in December 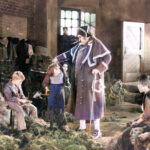 Orphans have it rough, especially in the movies. But, an individual, moved by the spirit of the season and tries to bring a little meat and drink, and means of warmth, when ...

Gassy Zombies at Ravencraft’s Vault of Horror in October 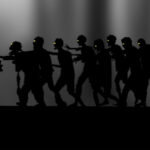 How long has it been since you’ve watched a crazy, campy, movie about the walking dead? Time for another!

All hell breaks loose when an accident causes people to ... 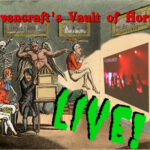 We’re going old-school for this edition of Ravencraft’s Vault of Horror. Join us for a Plague Party.

A sinister overlord decides that he and his friends can party with abandon even though there is a plague happening. He believes his deal with the devil will keep destruction at bay. It’s ... 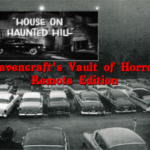 If you live in Austin, you probably look forward to the second Monday of every month when horror fans gather with Saul at Mister Tramps to revel in Ravencraft’s Vault of Horror. Our gatherings were an early casualty of COVID-19 as the venue was forced to shut down ...

March: the Serpent and the Rainbow 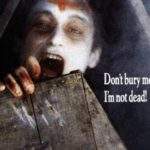 Join Saul Ravencraft for a look at some of Saul’s personal favorites ...